A comprehensive development process led by the AK Party in 2002 made Turkey among the top 20 economies in the world. However, with population growth and future concerns regarding the increasing energy demand voiced by the International Energy Agency, Turkey is driven to secure and sustain its energy import resources. Here, There are two features that mark the Turkish energy markets: (1) Increased demand: According to the International Energy Agency (IEA), Turkey is likely to experience the fastest medium- to long-term energy growth among IEA member states. (2) Import dependence: Turkey has begun significant market reforms, infrastructure development, and export diversification to meet this growing demand reaching approximately 70% in primary energy resources. In this study, we detail the major development of Turkey in the energy sector.

Attaining energy security is the priority of Turkey as it relates to other essential sectors and contributes to the process of development.

Turkey’s energy policy focuses on increasing import sources’ diversity, maintaining investments in the energy sector, and playing an influential role in transporting gas through the Turkish territory − being an international station and route.

In fact, Turkey is developing its policies to be an international energy hub, which provides opportunities for financial trading, price-fixing, and maintenance of storage and pipelines.

“Compared to other EU countries, Turkey’s energy security has improved on the scale of supply diversity by 15 degrees in 2019 compared to 2018,” according to the World Energy Trilemma, an annual report published by the World Energy Council.

3. National Energy Strategies and Policies before 2015

Notably, the excessive dependence on Russian gas supplies, in particular, put Turkish energy at risk as Turkey’s foreign policy towards Russia may be highly restricted.

In the same year, renewable energy resources’ contribution to the overall production of energy consumption was 9.1% due to a decrease in the number of projects exploited in this sector (wind, solar, and dam hydropower). (See figure 1)

Due to Turkey’s sustained economic and technological development, the consumption rate increases from 3% to 8% annually, one of the world’s highest rates. Therefore, Turkey targets all the natural resources for energy production and arranges its policy for optimal use to achieve stronger energy security. (See figure 2)

The many renewable energy resources play a significant role in the diversification of Turkey’s energy sources and help to address some of the challenges. Through a variety of strategies, the state seeks to meet the growing need; reduce dependence on imports; enhance energy security; and secure coal, natural gas, and some nuclear investments.

As stated by the Ministry of Energy and Natural Resources, Turkey has a medium reserve level of coal resources, estimated at 0.6% of the global coal reserve (18.5 billion tons).

Moreover, a constant downward trend in natural gas consumption is noticed when comparing the first seven months of 2020 with the same period of 2019, which might be due to the Covid-19 epidemic, changes in natural gas power plant production, and climatic changes.

Turkey’s share in the volume of liquefied natural gas imports increases every year, reaching a level of 28% in 2019 − according to data from EMRA, which is involved in energy assessments in Turkey. In the first seven months of 2020, the share of liquefied natural gas (LNG) was 41% higher than the same period in 2018 and higher than the entire amount of LNG imports in 2017.

Turkey’s high import rate of liquefied gas (YGN) is due to infrastructure development:

On the other hand, Russia’s average share of natural gas imports to Turkey was 54% between 2010 and 2017. However, imports from Russia started to decline by the beginning of 2018, as shown in Table 4.

In the first seven months of 2020, Azerbaijan’s share increased by 23%, while Russia and Iran’s share decreased compared to the same period in 2018. Actually, Russia’s import decline can be attributed to the political disagreements with Turkey and other exporters’ emergence (Algeria and Qatar).

In 2019, Turkey exported 763 million cubic meters of natural gas to Greece and Bulgaria.

15 15 As shown in Table 4, based on a joint agreement that specifies an approximate proportion of the quantity exported annually and ends in 2025, Turkey’s yearly import ratio of Iranian gas is close. Unlike oil, gas imports are recognized through long-term agreements internationally.

Turkey’s oil production is approximately 2.5 million tons per year, and oil reserves are 324 million barrels, located in the southeastern region— The exploration and production are handled by TPAO, a Turkish company. While oil accounts for an average of 30% of Turkey’s total energy consumption, over 90% of its needs are imported. (See Table 5)

Due to U.S. sanctions, oil imports from Iran declined in 2018 and stopped in the last six months of 2019 and the first eight months of 2020, with an increase in Russia and Iraq’s shares of imports of oil products in 2019. (See table 6)

Having developed a plan to operate a nuclear plant since 1970, Turkey aims to add nuclear power to its energy sources as one of its economic growth objectives. As a result, Turkey has signed an agreement with Russia for the construction of 4800 MW nuclear plants.

Turkey’s first nuclear power plant structure began in April 2018; a Franco-Japanese partnership was expected to build the second in Sinop, and China does the third and implements a uranium mining project.

Akkuyu District in Mersin has been chosen as the site for constructing the first nuclear power plant (Akkuyu Nuclear Power Plant). Akkuyu is designed according to the Build-Own-Operate model and has a total capacity of 4,800 MW in four units, and the first unit is scheduled to operate by 2023.

To maintain the nuclear energy sector, Turkey has established a new regulatory body.

In 2020, Turkey and Azerbaijan opened the TANAP pipeline, which runs from Shah Deniz field in Azerbaijan through Georgia and Turkey. The pipeline will be connected to the TAP pipeline in İpsala district of Edirne, Turkey, on the Greek border to convey natural gas to Europe.

The TANAP project will help Turkey achieve a diversity of resources and make economic gains from annual gas transit revenues through its territory, contributing to its ambition to be a regional gas trading hub.

Additionally, Azerbaijan and Turkey laid the foundation for a refinery project in Pitkim.

Exploration in the Black Sea and the eastern Mediterranean continues by Oruç Reis and other drilling vessels (Fatih,  Yavuz, Kanuni).

It should be noted that the discovered natural gas is of a high quality called “dry gas” that does not contain harmful substances, and its production stages are easy, making its extraction an economically viable investment.

According to the Ministry of Energy, the production in the discovered field will begin in 2023, with an annual estimate of 10 billion cubic meters, which is likely to meet the consumption levels of 16-20% of Turkey’s natural gas needs.

Given that some Turkish gas agreements will expire in 2021, the discovered reserves may strengthen Turkey’s position in negotiating future deals. Certainly, actual and potential discoveries will have positive implications, such as improving the external trade balance, reducing foreign currency’s need, and running the foreign policy more independently.

Under the Ministry of Energy and Natural Resources’ coordination, the National Energy Efficiency Action Plan (2017-2023) was developed and forced on 02/01/2018.

Between 2017-2023, several projects— in buildings, services, energy, transport, industry, technology, and agriculture— will be implemented, and the consumption of energy resources will be reduced by 14% in Turkey in‒ 2023.

The plan that consists of 55 actions is expected to provide 23.9 million tons of energy resources in cumulative terms and invest $10.9 billion in the energy sector by 2023. Accordingly, the financial abundance is calculated at $8.4 billion in 2017-2023.

Through the Ministry of Energy, the Turkish Government has put forward a strategic plan of action that includes the following:

Turkey has made significant expansions into natural gas infrastructure. It has two underground storage facilities, Silivri and Tuz Göl, with a total capacity of 5.4 billion cubic meters. Turkey continues to make investments to expand underground storage capacity, aiming to increase it to store at least 20% of its annual consumption.

– Turkey faces fundamental challenges in energy security by relying almost completely on importing oil and gas from other countries, which may restrict its foreign policy. Indeed, when Turkey shot down the Russian aircraft, Russians could have cut off gas supplies that accounted for 53% of Turkey’s gas imports and 19% of oil imports.

– At the time of writing, Turkey still faces an increasing challenge to discover gas and oil resources to enhance its energy security.

– Attracting investments in renewable energies— whose financing, operation, and maintenance costs are high— is also an ongoing challenge to enhance Turkey’s energy security.

– Turkey has recently moved to build a number of nuclear plants to fill part of the need for electrical power. Those plants are inexpensive (compared to renewable energies) but present an environmental hazard in case of error.

11. Objective Comparison of Turkey’s Energy Security between 2015 and 2020

Before 2015, Turkey faced major energy security challenges, as it relied on a few sources to secure its imports; the infrastructure was ill-equipped, and the strategic reserve ratio was limited. However, Turkey has developed specific strategies after 2015. The State has achieved advanced infrastructure projects, such as constructing a strategic reserve of 20% of annual gas consumption. It has also begun building nuclear power plants and opened two gas pipelines from Russia and Azerbaijan. Moreover, Turkey has increased research and exploration in its territorial waters in the Black Sea and the eastern Mediterranean and has developed the infrastructure for generating electricity through renewable energies (solar, wind, hydro).The State was able to achieve considerable diversification in importing energy resources after relying on few. Indeed, these projects aim to achieve the State’s energy security and establish Turkey as a regional and international gas distribution center that controls the gas taps, thus enhancing its geopolitical and economic status. Stemming from the State’s vision for integrated development, these strategies have played the most prominent role in raising Turkey’s energy security. 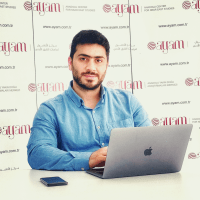