Power in international relations is “the ability of one actor to change the behavior of another actor.” Hard power, which is one of the types of power, means the military and economic power that an actor uses to change the behavior of other actors. Hard power is based on encouragement (“carrot”) or threat (“stick”). The second type of power, soft power, can be defined as the “attractiveness” aroused by a country’s political values, culture and foreign policy principles, to the extent that it is seen as legitimate. Soft power is based on the ability to shape the behavior of other actors. While sources of soft power consist of institutions, values, culture and policies, the tools of soft power are “agenda setting”, “attraction” and “Co-opt”.

Soft power basically consists of three elements: culture, political values and foreign policy. The more universal a country’s culture is, the more it will be a center of attraction. A government champions the values, such as democracy, working with international institutions, and promoting peace and human rights. That influences the preferences of others. States’ use of soft power resources is slower and more common than hard power. In cases where soft power is successful, the gain is more permanent.

This study will deal with the increase of Turkey’s soft power, which is an important regional power in the Middle East, through the Iraq case. Ranking 27th in the Global Soft Power Index published by Brand Finance every year, Turkey started to attach importance to soft power in its foreign policy after the Cold War. While Turkey spreads the Turkish language and culture through its official institutions, it spreads its popular culture through Turkish TV series. Turkey’s second source of soft power is its cooperation with economic development and emergency humanitarian aid.

While democracy is among the soft power elements of Turkey in terms of domestic policy, it also defends the supremacy of international law in terms of foreign policy. Other elements include its history and culture. According to Nye, the attraction a state’s culture evokes when it serves the values and interests shared by others will help it achieve the desired results. In this sense, the fact that Turkey is based on 16 Turkish Empires reminds that it has an important cultural and historical background. Another soft power source of Turkey is its institutions operating in the outside world. Until the post-Cold War period, Turkey did not have soft power due to the institution with which it would establish external connections, apart from Anadolu Agency and TRT. However, the Turkish Cooperation and Coordination Agency (TCCA), established in 1992, provides development assistance in Turkish-speaking Turkic republics and operates in economic, cultural, educational, social, technical and commercial areas. In addition to the TCCA, NGOs and Yunus Emre Institute, respectively, contribute to Turkey’s soft power due to the aid they provide and the projects they carry out to spread Turkish culture and language abroad. The Disaster and Emergency Management Presidency, the Presidency for Turks Abroad and Related Communities (YTB), and the Turkish Maarif Foundation (TMF) are Turkey’s soft power institutions.

Turkey pursues two different soft power strategies. First, activities that can contribute to the publicity of Turkey’s culture and language, such as public diplomacy and student exchange programs, mean the use of culture as a foreign policy tool. Turkish TV series are exported to the outside world in order to spread Turkish culture. In this sense, Turkey became the country that exports the most TV series in the world after the USA in 2019. The series met with more than 700 million viewers in 146 countries. The appearance of Turkey as a modern and rich country in TV series makes Turkey a cultural center of attraction. In this sense, there has been an increase in the number of tourists coming to Turkey from the countries where Turkish TV series are watched the most. While the number of tourists coming to Turkey from Middle Eastern countries was 975 thousand in 2002, this figure exceeded 3.6 million in 2010. For example, the number of tourists coming to Turkey from the United Arab Emirates, where the “Gümüş” TV series is watched the most, increased by 21 percent. Turkey’s second soft power strategy is cooperation with economic development and humanitarian aid. For example, Turkey became the second country in the world in 2020 to provide the most humanitarian aid with 8 million dollars.

The use of culture as a foreign policy tool in Turkey’s Iraqi foreign policy: 1) Official institutions such as the YTB, Yunus Emre Institute and the TMF; 2) NGOs; 3) Popular culture, especially TV series. By coordinating the activities for citizens, kin, and relatives communities of the Republic of Turkey abroad and international scholarship students studying in Turkey, the YTB contributes to Turkey’s becoming a new base in higher education. In the “Turkey Scholarships” program initiated by the YTB in 2012, 33 thousand students from 165 countries have been given scholarships to date. A record number of applications are received every year. 165,000 international students from 178 countries applied to the program, which has a quota of 3,500 scholars every year. 25% of these are applied from the Middle East. 978 international students, thus, were accepted from the Middle East for the 2020 school year. Consequently, the scholarship students who graduated from Turkey regularly attend alumni meetings when they return to their countries, which is functional in promoting and disseminating Turkey’s culture. As such, the “Iraq Promotion and Culture Day” event is also held in Iraq. At the same time, the Iraqi Turkey Graduates Association, founded by Iraqi graduates, carries out activities such as helping those in need in Iraq. The effect of the “Turkey Scholarships” program on Turkey’s soft power in Iraq, which functions as a bridge in the promotion of Turkey’s cultural relations with other countries, can be seen with the duties that alumni students take in the countries they return to. For instance, Iraqi academic Cuma Muhammed, who received his master’s degree in the Department of Turkish Language and Literature at Selcuk University in Turkey, became the founder of the Department of Turkish Language and Literature at Zakho University in Iraq’s Duhok province.

Contributing to the spread of Turkish language and culture around the world, Yunus Emre Institute has activated 60 Turkish Cultural Centers in 50 countries around the world. In 2017, it launched the online Turkish Teaching Portal. In 3 years, 394 thousand people from 196 different countries of the world have been enrolled to the portal to learn Turkish. An average of 180 new members are registered daily to the Turkish Teaching Portal, which is free of charge. Nearly half of these students are in the 0-20 age range, which is important for the qualified workforce who speaks Turkish to come to Turkey. In addition, the spread of Turkish is an issue that increases Turkey’s soft power. Finally, Iraq is among the 10 countries with the highest number of users in the Turkish Teaching Portal. Although there is no Yunus Emre Cultural Center in Iraq, it receives lecturers to work in the departments of Turkish Language and Literature within universities it cooperates with within the framework of the Turkology (Türkoloji) project. In this vein, 101 Turkology Departments were opened in universities from all over the world. For example, Salahaddin, Kirkuk and Mosul University from Iraq are within the scope of this project.

Turkey’s second soft power strategy, cooperation with economic development and humanitarian aid, contributes to Turkey’s attractiveness abroad. One of the most influential institutions in this field, the TCCA operates in all developing countries, especially in the Turkish-speaking countries, in order to “protect the common historical, cultural and social heritage and values abroad, and to eliminate prejudices between societies”. The TCCA, which has 62 Program Coordination Offices in 60 countries on 5 continents, has carried out more than 30 thousand projects. These projects aim to increase Turkey’s international image. The Middle East is one of TCCA’s important areas of interest. In addition to Palestine, Egypt, Lebanon, Yemen and Jordan in the Middle East, there is the TCCA Program Coordination Office in Iraq. The Middle East and Africa region ranks first with a share of 23.79 percent in TCCA’s 2020 total expenditures. In this context, it is seen that the TCCA supports the regions in Iraq where Turkmen live intensely. When we examine TCCA’s activities between 2018 and 2019, the TCCA renovated the institutions in Iraq that were damaged due to terrorist activities and conflicts. In this context, it carried out the restoration of a high school and the faculty building of Tal Afar University in the Taji region of Baghdad. In addition, while establishing a clinic for the Cancer Hospital in Mosul, which became unusable, it provided 20 transformers for use in Talafar. In addition, the TCCA restorated for the Baghdad Azamiye Kulliye (Imam-ı Azam Ebu Hanife), which was given importance in the Seljuk and Ottoman periods. Also, it restored the Abdulkadir Geylani Tomb, which was restored several times during the Ottoman period in Iraq. The TCCA restored the Kirkuk Kayseri Bazaar in Kirkuk, Iraq, which was an Ottoman work built in 1855 and burned in 2019 and carried out road construction together with Tuzhurmatu municipality in Tuzhurmatu district in Iraq. In addition, the TCCA carried out the “Baghdad FM Radio Station Establishment Project” for the establishment of a radio channel for Turkmens in Baghdad. In addition to restoration, transportation and communication infrastructures, the TCCA provided food aid to Turkmen families in need in Iraq in 2019 within the scope of emergency aid.

The concept of soft power, which was developed by Joseph Nye in 2004, has recently gotten the states’ attention. States that have hard power elements, which are based on traditional forces, strive to acquire and increase soft power elements in order to realize their interests in world politics. To the extent that a country’s political values, culture and foreign policy principles are seen as legitimate, soft power elements, defined as “attractiveness” aroused by other countries, are agenda setting, attraction and attraction. While states are setting the agenda through their institutions, they seek to co-opt and attract other states through values, culture and policies. In this sense, dealing with how Turkey’s values, culture, politics and institutions as soft power elements contribute to Turkey’s soft power, the study analyzes Turkey’s soft power in Iraq. Turkey pursues two soft power strategies. The first finding of the analysis is functionalition of culture as a tool in Turkey’s foreign policy. In this respect, institutions such as the YTB, Turkish Maarif Foundation and Yunus Emre Institute contribute to the culture, language and promotion of Turkey. The Middle East has an important place in the budgets of institutions. In the use of culture as a foreign policy tool, Turkey’s export of TV series interacts with its soft power in terms of the increase in tourists coming to Turkey. Turkey’s second soft power strategy is to cooperate on development projects via institutions such as the TCCA and provide humanitarian aid through NGOs. The ranking of Turkey in the second donor country in the world, especially in terms of humanitarian aid, strengthens its image worldwide. Furthermore, it has been observed that Turkey’s efforts to spread the Turkish language and culture as well as its development projects and humanitarian aid are carried out in regions where Turkmen live intensely. As Nye stated, Turkey’s soft power in Iraq would be permanent in the context of soft power strategies, if it proceeds in the long run. 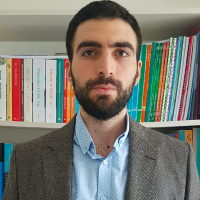 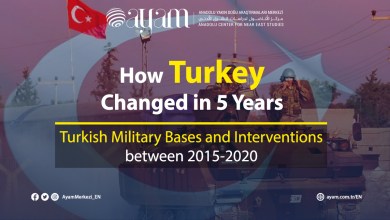